Women in Science: How Close Are We to Achieving True Gender Equality?

It is easy to fall into the trap of thinking that now girls, if anything, outperform boys at school across virtually all subjects; now there are no quotas for admission to any of the professions, limiting the number of young women who can start in medicine (for instance) as was the case when I went to university; now that we have a woman heading the Government (for the second time even), as Chief Medical Officer, as the new CEO of ITV and a woman as president of the UK’s Supreme Court, we must have reached true gender parity for women in science.

If only.  A few notable successes at the top of their professions along with the removal of absolutely rigid obstacles does not equate to gender equality. One only has to follow other recent news stories to know we are actually a long way from this happy state, as exemplified recently by the reports on the gender pay gap at the BBC (or in universities, or amongst FTSE Board members or just about anywhere else). Furthermore, those who speak up for equality can be pilloried and threatened on social media. The 21st century is still not a happy or easy place for many women in the UK or US, let alone in the developing world where punishments such as rape or ‘honour killings’ continue to be meted out with grim regularity.

So, in science, how are we doing? The answer to that depends on what career stage you look at and which particular branch of science. Looking at the Department of Veterinary Medicine in Cambridge (my own university), around 80% of the undergraduates are women, yet the department only appointed its first female professor a few years back and still only has that single one. Even Physics and Computing are doing better than that with two female professors in each, despite a much lower intake of female undergraduates. One could argue that 20% male undergraduates in the Vet School or 20% female undergrads in physics and computing are both equally bad, but the appalling rate of progression from the female entry cohort to professor in the former is disturbing. If the low numbers entering physics and computing are, at least in part, down to socialising of children from earliest years, as I and many others would claim (try reading Inferior by Angela Saini, or Delusions of Gender by Cordelia Fine if you aren’t yet convinced), then very different factors are likely to be at play as women attempt to move up to the highest levels in academic science.

Or are they actually that different? Cultural attitudes determine what jobs are seen as appropriate for boys and girls, and the messages are internalised early on. But cultural attitudes also determine how the people who do the jobs are perceived. Men are assertive, women are aggressive. Men who shout loudly at meetings (perhaps thump the table or more generally lose their rag) are seen as powerful not as out of control; women who tear up are seen as emotional and not fit for senior positions. These two statements are awful over-generalisations, but there is far too much truth in them for comfort. Or, to turn to something more specific to academia, consider the evidence which shows that male lecturers are seen as more competent and reliable than women or ethnic minorities, even if it is only through an online interaction in which the respondent merely changes their name from male to female. These are not objective evaluations.

These statements would suggest that there is no solution because the problems are so deeply ingrained in western culture, but perhaps things aren’t quite so bad as that might imply. There are sources of bias and distress we can – and should – remove. In the ‘distress’ category, perhaps it is inevitable that I would bring up genuine, in-your-face harassment. For too long this has been a buried, pernicious problem that female students considered they just had to bear in silence. Unacceptably, I am sure many still do. But change is afoot, at least in explicit policies and formal processes within universities. Some absolutely shocking stories have been emanating from the USA, particularly – although it is hard to judge whether this is random or inherent – from within astronomy. Geoff Marcy was shown to be a serial predator; other names are starting to surface but it is hard not to believe these are just the tip of the iceberg. What makes it worse, to my mind, is that if accusations are made, universities allow the alleged offender to move on without establishing the facts, thereby making it possible for them to be hired elsewhere without the new employer having any idea of the initial accusations. Potentially this could happen more than once. Whilst recognizing the difficulties – true in any walk of life – of proving charges which amount to ‘he said, she said’, or even ‘he did, she did’, this is an unacceptable position for the higher education sector to find itself in. The hierarchical power imbalance between supervisor and PhD student makes it particularly vile.

What about job advertisements, trying to attract the ‘best’ to particular positions. How often are they so-worded that actually it is the most arrogant and not the ‘best’ who apply? I was recently involved in push-back from the BEIS Diversity Steering Committee that objected to wording in the advertisement for Board Members of the new UKRI. In this case, they had failed to include even the most basic of statements about welcoming applications from minorities, but they had also written the whole thing in what I (and others) saw as unnecessarily macho language. Job advertisements for University appointments frequently talk in terms of ‘world-leading’, ‘pioneering’, ‘innovative’ and the like. You can be an extraordinarily good scientist without wishing to describe yourself in such over-the-top glowing terms. I would hazard a guess that frequently such words put off the modest rather than the second-class. The two are not synonymous.

Another easy win might be if referees thought a little harder about the words they used in their letters of reference. Studies have shown how typically men are described by ‘stand-out’ and ‘agentic’ words, whereas women are described by more passive, nurturing words. Again, I have written about this – as have many others. It really matters if two scientists, one male and one female and both equally gifted, are respectively described as ‘exciting, innovative and exceptional’ compared with ‘competent, hardworking and thoughtful’. Which would you employ? If we don’t think hard when writing these letters so as to describe people accurately, not via stereotypical adjectives, we may be damning 50% of the population accidentally. Virginia Valian talked about this before the turn of the century in her book ‘Why So Slow?’ It was a book that got read a lot but, true to form that a man’s voice has more impact than a woman’s, perhaps the much later ‘Thinking, Fast and Slow’ by the Nobel-prize winning economist/psychologist Daniel Kahneman, adducing similar arguments, has been more effective in changing the way people think and behave.

The issue about how we write letters is just one way in which unconscious bias hits women in science (and many other situations) hard. Unconscious bias training is becoming much more prevalent. I hear men as well as women drawing attention to the sneaky appearance of bias at appointment and promotion committees which can only be beneficial. However, I am troubled by the studies that suggest training can be counter-productive because people who have been exposed to it think they now ‘get it’ and so don’t need to think or do anything further. Wrong. Knowing about it just turns the unconscious bias into conscious bias if you don’t actually change the way you act.

Women in science, women in any part of the higher education sector, in any part of the professions, really all face the same sorts of challenges. Women in the physical sciences only look as if they face a different set of problems because the numbers starting at the bottom of their particular ladder are so pathetically low.

Make the World a Better Place for the Women in Science

If you want to do something to help, but don’t know where to begin, can I suggest you turn to the list of suggestions I first proposed a couple of years ago. Entitled #Just1Action4WiS, as a twitter hashtag, it includes actions that ought to offer something to everyone from parents of school-age children to professors, from learned academicians to those just starting out. Make the pledge to do #Just1Action4WiS to help make the world a better place for the women in science themselves, but also for our society and therefore also for yourself. 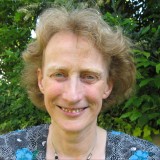 Athene Donald is Professor of Experimental Physics and Master of Churchill College at the University of Cambridge. In addition to that, she is a member of Royal Society Council, Project Director of the IOP’s Teaching Biological Physics project, a Trustee of the Science Museum Group and a member of the Scientific Council of the European Research Council. Furthermore, she was the University of Cambridge’s Gender Equality Champion; she has given numerous talks and won numerous awards, including the L’Oreal UNESCO for Women in Science award for Europe for 2009.