Plurality Voting: What are the Alternatives?

We’re all taught how to vote from a young age: here’s your list of choices, pick your favourite. Whether it’s voting for a candidate or voting for where to have lunch, everyone picks one, and the option with the most votes wins. In election science, this is called first-past-the-post, or plurality voting. Informally, I like to call it pick-one voting. Whatever you call it, this voting process is fundamental to our understanding of democracy across most of the world.

Unfortunately, it is also one of the worst voting systems ever devised. Any time there are more than two options, plurality voting, quite simply, breaks.

US Presidential elections are likely to be the most familiar to most people, but it’s important to remember that those are not the only elections in the world. There are hundreds of thousands of elections every year in the United States alone, and they all are subject to the same flaws. The flaw we’re focusing on is technically called clone dependence, but it’s better known as vote-splitting when two similar candidates run and it hurts both of them.

Vote-splitting is the fear of every major political party, which is why they hold primaries to bring forth one candidate each. It’s also why we have exactly two major political parties in the US; a third would simply hand victory to the party they are least like, as we saw with Perot in 1992 and Nader in 2000. For those familiar with game theory, two major parties holding primaries is a stable equilibrium under pick-one voting.

But just because the system is stable doesn’t mean the problem is solved. Third parties still exist, and can still move elections in a direction they don’t prefer. Vote-splitting still exists within primaries, which (along with winner-take-all delegate allocation) is why Trump became the Republican nominee with only 45% of the vote. We get rule by a minority preference, instead of rule by consensus. And on a more basic level, vote-splitting encourages people to vote dishonestly, in a way that doesn’t match their actual preferences, which is never a good thing.

In essence, pick-one voting is at the root of most of our political system. It’s why we have Republicans and Democrats, it’s why those parties don’t really represent the people, it’s why we have extreme polarisation, and it’s why we are told, year after year, to vote for the lesser evil.

But why talk about it? It must be in the United States Constitution, and therefore very difficult to change, right?

Well, oddly, no. Pick-one voting is not specified by the US Constitution. As far as I’ve ever seen, it’s not specified by any state constitution either, or by any law at all. We use plurality voting because we always have and because most other systems didn’t exist when our democracies were founded. Most people haven’t sat down to consider whether there might be a better way, but that’s changing lately. Several US cities are using alternate voting systems, and Maine will be soon as well.

Is there a perfect voting system?

Election scientists and mathematicians have spent a great deal of effort judging the various voting systems by many different criteria. Unfortunately, one result of their work is the proof that there is no such thing as a perfect voting system. There will always be problems or potential problems. But that doesn’t mean we can’t do vastly better than what we have now. Never let perfect be the enemy of better.

I won’t go into all the different election science criteria because for our purposes, most of them don’t matter. With just a few, we can quickly see what our options become. To be better than our pick-one system, we need a system that is clone-proof. Under such a system, vote-splitting will instantly disappear as a concept. That eliminates many voting systems, leaving us with four major ones to consider. Each has several variations, but we’ll focus on the big picture for now.

One system is called instant runoff voting (IRV), occasionally called alternative vote (AV) or ranked choice voting (RCV). This system is presently used in Australia, India, and Ireland, and several US jurisdictions. The ballot asks the voter to rank the candidates in order of preference, 1, 2, 3 until they fill the ballot or hit the maximum number.

The advantages of IRV are clear: you can vote your true preference, and still have a hope that your vote will count for something if your first choice doesn’t win. If you like two similar candidates you can effectively vote for both. This allows more candidates to run and encourages those candidates to appeal to a broad base instead of to a large, more extreme minority. Unfortunately, there are some substantial problems, starting with the fact that IRV is not monotone. Under some circumstances, it’s possible to help a candidate by ranking them lower or hurt them by ranking them higher. In other words, voters still have reason to vote dishonestly. And from a practical standpoint, it’s more resource-intensive to count the votes compared to plurality voting, because you may have to do it more than once. Still, IRV has the advantage of having been thoroughly tested in hundreds of elections, so it’s clearly viable.

The Schulze method isn’t as popular as IRV but has an identical ballot, where the voter ranks the candidates in order of preference. The difference is in how the votes are counted. Instead of holding a series of runoff elections, the ballots are used to run a set of pretend elections between every possible pair of candidates. So if you had three candidates running, there would be three comparisons run: A vs. B, A vs. C, and B vs. C. Whatever candidate beats every competitor in a one-on-one matchup wins the election. Makes sense, right? If you can beat everyone, you must be the best. (This is called the Condorcet criterion.)

Unfortunately, Schulze has some serious limitations. As resource-intensive as IRV is to count, Schulze is even more so, and those resource requirements go up dramatically as the number of voters increases. Imagine running every possible pairing when there are fifteen candidates and ten million ballots. It can only be done by computer, which reduces the transparency of the system. And there are conditions where a strange sort of cyclical tie can occur, where A beats B, B beats C, but C beats A. (Think rock-paper-scissors.) The tie-breaking rules are not trivial to explain.

Another system, range voting, uses a different sort of ballot, where voters rate the candidates on some sort of scale. One to ten, poor to excellent, anything that allows more granularity than a “yes” or “no”. The candidate with the highest average score wins. This system asks the voter for the most information, making the ballots the most complex, but most voting machines should still support its use.

Our final system, approval voting, is by far the simplest. The ballot is a list of all the candidates, and the voter is asked to mark all the candidates they approve of. In essence, the voter casts a “yes” or “no” for every candidate. This system’s clear advantage is its simplicity: it looks identical to plurality voting, except with the limit of “one” removed. It’s actually simpler than what we’re doing now. This means it works with every existing voting machine in the world; they’re all already capable of handling multi-seat at-large elections. When it comes to ease of implementation and adoption, approval dominates.

So out of our four systems, two seem less desirable. IRV encourages dishonest voting, though it still works in the real world, and Schulze has some serious practicality issues. Our two other systems lack these flaws. Range asks for granular ratings on every candidate, and approval just asks for a “yes” or “no”.

Another way of quantifying voting systems is called Bayesian Regret, where millions of simulations are used to compute “how often will this system fail to pick the best available candidate”? In those simulations, range comes out as the best system, followed closely by approval, then Schulze, then IRV, with plurality voting behind all of them. That matches with what we’d expect from the criteria we were considering.

Where do we go from here?

So where do we go from here? Many places are adopting IRV, which is a step forward. But they could be doing vastly better, by adopting range or approval voting. Range gives better results, but approval is easier to implement. With either, the voter still has the option of voting exactly as they have been, approving exactly one candidate; they are simply given the option to express their opinions more precisely and accurately. That, inevitably, leads to a more accurate and trusted system.

There are still problems, of course. Winner-take-all elections and gerrymandering cause massive distortions separate from the voting system, and legalised bribery and a misinformed populace are also separate problems. But given the damage to our republic forced on us by plurality voting alone, it is clear that either approval or range voting should be advocated at every opportunity, in every city and state legislature in the United States. 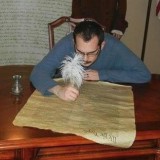