Islam has an image problem. To an increasingly secular West, most religions do. Unfortunately for Islam, not only does it carry the usual tropes and criticisms of religion but it is more closely and more publicly associated with fundamental religious terrorism than its Jewish and Christian forefathers. This representation and association, in turn, no doubt leads to reactive and dangerous nationalism in Western states. Much like the tango, representation takes two, in this case, the contents of Islam itself and Muslim media visibility, and by addressing these two factors, we might be able to propose a better image of Islam.

The Structure of Islam

If we can ignore the tit for tat arguments surrounding Islam that usually pits Qur’anic doctrine – frequently and conveniently ignoring the Sunnah and Hadith –against real world examples, and instead look at the structure of Islam, we may find some answers. Unlike Christianity, Islam has no ecclesiastical hierarchy. Imams – whilst leaders of their religious communities- don’t answer to bishops or popes who would direct doctrine. Imams are Qur’anic scholars who provide religiously educated guidance for Muslims, but Islam as a whole is to be considered to be one’s personal relationship with Allah without dictation from another. This makes interpretations in Islam diverse if not ambiguous. The same grounds on which conservatism and fundamental extremism within Islam are justified are also the same grounds in which the seeds of a moderate, secular and prevalent Islam can be sown.

Extremism is the most widespread and difficult appearance of Muslims in the media and as such we should address and dismiss this first.   We can’t sufficiently take on this representation on its own grounds for a number of reasons. The first is the most difficult to consider. Though Muslim communities do condemn terrorist attacks it is impossible to divorce these instances from Islam.  Without an appointed leader who decides what is and isn’t a part of the religion, Islam cannot separate itself these atrocities.  To be clear, this is not to say that Islam necessarily leads to this behaviour, it means that fundamentalist interpretations of Islam, in fact, the whole sliding scale of interpretations of Islam from moderate to extremist are sufficient and non-discreet factors in such behaviour.

This renders arguments framed around the idea of extremism “not being Islam” or “falsely in the name of Allah” as well as the notion that Islam breeds terrorism hollow and ineffective. Ironically, either argument is open to interpretation and unlikely to quell fanatic belief in or against Islam.

The Media Is Prone to Sensationalism

The media plays its part too. It does indeed shamelessly under-represent Muslim condemnation and affliction, which in turn vilifies and isolates Muslim communities from their host cultures and countries. Though journalists should make a greater effort to bring balance to their reports, the emotional impact of the images that accompany such news often outweighs the discourse. On top of which, an intelligent public knows now that the media is prone to sensationalism. This comes from both a need to make money as well as the fact that news is those events which by their nature are extraordinary. Ideally, we like the latter unsullied by the prior but in order to do so, we would need either heavily regulated news or simply less news. Both are undesirable.

Given the difficulty of eliminating these factors, we need to reframe how we approach this problem. If we can’t stop extremism being associated with Islam nor stop the media’s febrile reporting of such events, we should instead aim for a starker, more elaborate contrast between the representation of the average, modern Muslim and the representation of religious extremists.

It would seem obvious to state that there could be no starker contrast between two individuals if one uses terror as a means and another condemns it but the problem is more complex than we give it credit for.

The sliding scale of interpretation I mentioned above lends itself to a sinful association if you’ll pardon the expression. Whilst it’s true that fundamentalists make up a statistically insignificantly small proportion of the global population of Muslims, the secular West still takes moral issues with a considerable chunk. Even if we could isolate the fundamentalist factions from the rest of Islam, the ethics and political actions of the theocratic Middle-Eastern states are still an issue. Here, there are struggles surrounding women’s rights, homosexuality, law and violence, freedom of speech and freedom of religion.  It’s an obvious chain of assumptions that follow, condemning a Muslim in the West to be the same as his cousins in the hyper-conservative East, condemning them both to association with murderous fundamentals.

As many scholars point out, this vast section of Islam is often interpreted as the whole of Islam, when, in fact, there are many schools of thought. Once again it’s a position that waxes both ways and the downside to condemning this body of Islam is that one catches western Islam in doing so. Again the media’s role is difficult to challenge. Certainly, more balance is required and where western interference has been unjustifiable, as well as hate attacks on Muslims both home and abroad, the Media has a duty to keep the public informed. A duty it regularly fails to uphold. But the actions of Islamic theocratic states must be reported on, and the difficulty of sinful association continues.

In order for the media to play a more positive role in the representation of Muslims, in order for it to combat reactionary xenophobia, in turn softening entrenched, isolationist and defensive communities that provide potential breeding grounds for fundamentalist preaching, the media has to starkly separate Muslims as individuals from the vast body of Islam the religion.

In order to do this, more attention has to be given to secular people of Muslim descent and those visible individuals for whom their religion is the secondary aspect of their public persona. And not just in matters relating to religion and Islam either. The benefit of this would be two-fold. Firstly, it would help to remove our chain of association of Western Muslims to the Middle East as secularist representation would dissolve the religiosity of representation. The concept of what Islam does and doesn’t condone would become less of an issue given as doctrine would not be the focus.

Inspirational Figures Outside of Islam

The second benefit to this approach would provide inspirational figures outside of Islamic religious communities for the young and, second and third generation Muslims. This would further integration; displaying new roles and societal positions that previously they may not have considered moving into. The arts and entertainment have already begun this process with more Muslim creators and entertainers coming through and talking about their religion and its perception. Though beneficial, particularly in the role of broadening horizons for Muslims, this media is not likely to be accessed by those with racist or bigoted views. To address and change these views, if that’s even possible, we need this secular representation in our news and information media as well.

An increase in the secular representation of Muslims helps to demystify the complexity of Islam and dissociate western believers with its archaic and cruel counterparts. One doesn’t need to be a theologian – though religious education is important for just this reason – to engage with Muslims on a human level.  There are two recent examples of Muslim leaders acting with secular ethics, or at least with ethics that align with a non-religious specific philosophy that has gone under reported (in likelihood, there are more, but the fact they aren’t visible in the media lends weight to my argument).

In Germany, Muslim MPs voted in favour of gay marriage, and here in Britain, Mayor of London Sadiq Khan argued against faith based schools. These stories, demonstrate Muslims putting their societies before their faith. Or perhaps they don’t. There are likely teachings in Islam that promote these kinds of ethics, but from the outside, whatever doctrinal reasoning for these actions don’t appear to the same reasoning that condones theocratic rule. And that’s largely the point, how Islam appears.

Reporting on and representing more stories like these two can only be beneficial, further, the myriad nature of interpretations of Islam means that there must be more examples such as these. Islam, like all religions, is a messy, problematic set of philosophies and rules open to interpretation with no real governing body. For this reason, Muslim Scholar Tariq Ramadan, argues that it cannot undergo a reformation, instead Muslims have to reform their thinking. Though it’s a semantic argument, I agree but need to add that those of us without a religion have as much a stake in changing thinking about religion as those with a faith.  Secularism and Humanism can’t stand by if conflict and hate is being propagated whilst the media, can and should be used as a tool to combat that and we can find examples of Muslim leaders who demonstrate the existence a newer, better and more integrated interpretation of Islam, that are more distinct and distant from the elements that poison its image. 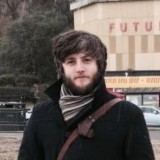