HIV: How Close Is the Cure?

Since the peak of the HIV epidemic in the late 1990s, science has come a long way in the prevention and management of the disease. HIV, or Human Immunodeficiency Virus, occurs when the virus attacks the immune system of those infected. Without treatment, HIV can lead to the development of acquired immunodeficiency syndrome (AIDS), a late-stage disease in which the body’s immune system struggles to protect itself from infections that might be relatively inconsequential to a healthy person.  Increased awareness and improved detection methods have resulted in a 16% reduction in newly infected HIV patients since 2010 (aidsinfo.unaids.org). While commendable progress has been made, an estimated 37.9 million people worldwide are still living with HIV/AIDS, with nearly 5,000 new infections occurring each day (unaids.org).

Antiretroviral therapy (ART) has played a pivotal role in improving the lives of millions living with the disease. ART stops the replication of HIV so the virus can’t make copies of itself but it does not eliminate latent HIV particles, which results in a rebound of infected cells shortly after stopping ART. This calls for the development of new treatment strategies to eliminate dormant disease so patients no longer require lifelong therapy; a cure rather than treatment. So how far are we from curing HIV?

Fortunately, a cure may not be as far as it once seemed. The successful development of ART has introduced a way to stop replication, however, the virus remains inactive inside white blood cells called T-helper cells for a long time. T-helper cells are one of our body’s major immune cells, helping to direct other immune cells in order to induce an immune response against pathogens. The virus fuses with these cells, takes control of their DNA, and uses our own cell’s machinery to replicate in order to release more HIV into the blood. Even after blocking viral replication with ART, the virus remains inside these T-cells, hitching a ride on the cells while they migrate within and between tissues such as lymph nodes. This helps the virus reach parts of the body that would normally be harder to access. These reservoirs of dormant cells are the key to unlocking a cure for HIV patients.

Immunotherapy is here to “kick and kill”

In recent years, researchers have been using immunotherapy to help fight off HIV infected cells. While originally developed as a treatment for various types of cancer, immunotherapy aims to utilize the body’s natural immune response to fight the virus. A “kick and kill” approach is becoming increasingly popular in the fight against HIV. The key to this approach is to “kick”, or activate, the dormant HIV reservoir using latency-reversing agents. Now, why would we want to provoke such a dangerous virus after decades of research have successfully found a way to mute it? The idea is to wake up latently infected T-cells while simultaneously stimulating the body’s natural immune response, making infected cells more visible and vulnerable to the body’s natural “kill” cells of the immune system.

Promising results came from the BCN02-Romi trial run at the IrsiCaixa AIDS Research Institute using a vaccine developed at the University of Oxford. Here, cancer drug romidepsin was administered to reverse HIV latency while simultaneously inducing the immune system with an HIV vaccine to eliminate dormant viral-infected cells. While this was a relatively small study, nearly 40% of patients were able to remain off ART for extended periods of time before viral rebounding (Mothe, 2017). Gilead Sciences, a global leader in HIV therapy, has teamed up with Spanish biotech Aelix Therapeutics to test a similar combination therapy in which Gilead’s toll-like receptor 7 agonist vesatolimod (GS-9620) (Tsai et al., 2017) is used to induce latent HIV expression (aka “kick”), while the HTI vaccine developed by Aelix aims to refocus the immune system to “kill” these viral reservoirs. Following promising pre-clinical results, the combination therapy has recently progressed to a Phase II clinical trial, which is set to end in 2021.

Also dedicated to the fight against HIV is French Biotech InnaVirVax, who uses a slightly different approach to leverage the body’s own T-cells to develop a functional HIV cure. Their lead candidate, VAC-3S, is a vaccine that generates human polyclonal antibodies against 3S, a subunit of HIV. This prevents the binding of the virus to a certain type of CD4+ T-cell and saves them from destruction by the virus (Vieillard et al., 2019). The goal is to improve the body’s immune system in patients with HIV so that it can better recognize and fight the virus, as opposed to making the virus more visible to the existing immune system, which is often already damaged by the virus itself. Following promising results from its Phase IIa trial, InnaVirVax claims they may have a cure on the market as soon as 2020.

While multiple strategies to eliminate the virus are being explored, it’s becoming evident that the most powerful tool we have is our own immune system; it may just need a little assistance to get there. By activating the dormant HIV reservoir and triggering an immune response significantly stronger than usual, our body’s natural immune cells may already have the machinery to eliminate the virus itself. And with multiple companies and research teams racing towards the cure for HIV, the next few years will be pivotal in the way the virus is treated, and hopefully eliminated, in the not-so-distant future. Considering the 78 million people infected with HIV and 35 million AIDS-related deaths since the first reported case 35 years ago, eliminating this global epidemic may be among the greatest medical victories of our time. 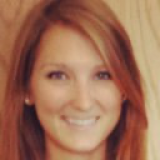 Kaylyn has recently submitted her PhD in which she investigated lipid metabolism as an adaptive response to androgen-targeted therapies in prostate cancer. In 2015, she graduated with a Bachelor of Science in Allied Health and Medical Science from Elon University (North Carolina, USA) where she was awarded the Lumen Prize, a competitive research scholarship that allowed her to complete 4 years research experience developing her project entitled “Investigating the effects of obesogens on the microbiota and systemic health in zebrafish”.