Brexit: A Catalyst for Deeper Integration in the Eurozone?

On 28 March, a senior British civil servant boarded the Eurostar with a letter signed by the Prime Minister. The next day, the correspondence was hand delivered by the U.K.’s ambassador to the EU to the President of the European Council. Presented nine months after the referendum vote to leave the E.U., this snaliest of snail mails started formal withdrawal negotiations. All eyes are now on Brussels to see what kind of deal the U.K. will broker with its former partners. These negotiations are important but they distract from the more fundamental question for Europe of how the E.U. in general – and the eurozone in particular – will be reshaped by Brexit.

Stephen George aptly described the U.K. as an awkward partner. The U.K reluctantly joined the European Communities two decades late, and its reluctance didn’t dissipate after a clear majority of voters supported its continued membership in a 1975 referendum. Britain belatedly entered the European Exchange Rate Mechanism in 1990 but sterling soon crashed out under pressure from financial markets. This was one reason why the U.K didn’t adopt the euro in 1999. Thereafter, the U.K. never seriously considered joining, even though Tony Blair briefly flirted with the idea.

And yet, the U.K. did lead in Europe, especially during Margaret Thatcher’s first two terms as Prime Minister. Thatcher is best remembered in Brussels for declaring ‘I want my money back’ but her support for the 1992 project after she secured the British budget rebate was indispensable. This push to complete the EU’s single market ensured the free movement of goods, services, people and capital in Europe. But Thatcher lacked a clear vision for further E.U. cooperation and she resented other E.U. members for moving ahead with monetary union.

For the British Conservative Party, Europe became conflated with Thatcher’s downfall as Prime Minister. In truth, the E.U. distracted from the real reasons behind her political demise: poor management of her cabinet, poor judgment over the poll tax and political backstabbing by her colleagues. Thatcher’s late conversion to Euroscepticism nonetheless inspired a new generation of Conservatives, who grew in stature in the 2000s alongside Nigel Farage’s U.K Independence Party. In 2013, David Cameron judged that he had little choice but to call a referendum on British membership. The Prime Minister expected to win. It was a colossal error of judgment with profound consequences for the future of the U.K.

As it breaks up with its awkward partner, are eurozone member states now free to press ahead with an ever-closer union? There are at least three reasons to think not.

Firstly, the U.K was a cheerleader (of sorts) for deeper integration in the eurozone. George Osborne, as Chancellor of the Exchequer, actively encouraged eurozone members to pursue the ‘remorseless logic’ of monetary union by building a fiscal union. The British government did oppose deepening E.U. economic governance in other areas, as in the harmonisation of corporate tax, but it wasn’t alone in so doing. Bulgaria, Malta, the Netherlands, Ireland Poland, Romania and Sweden have fought such proposals in the past and they will sorely miss the U.K’s support (on this point, at least).

Secondly, Britain’s divorce from the EU makes little difference to the fact that the eurozone is a Franco-German marriage in which future plans have always been a sore point. Traditionally, Germany has seen French proposals for E.U. ‘economic government’ as a threat to the independence of the European Central Bank. France, in contrast, has resisted German proposals to increase E.U. oversight of member states’ economic policies. The result, as Jean Pisani-Ferry noted, is that the eurozone is ‘one bed for two dreams’. This could change if the pro-integrationist Emmanuel Macron wins the French presidential election, but the former French economic minister’s public statements thus far suggest otherwise.

Thirdly, and most importantly, the real fear for the eurozone is that Brexit will be a force for disintegration rather than integration. Europe’s populist nationalists have been emboldened by Brexit. In France, Marine Le Pen has threatened to pull out of the euro if she wins the French presidency. Many commentators have discounted her victory but she has a genuine chance of winning. Her competitors in the presidential election are either mired by political scandal or politically unproven. Even if Len Pen doesn’t win, Italy’s Five Star Movement is rising in the polls and it too has the euro in its sights.

Thus, in spite of British ambivalence about the European project, Brexit brings no cause for cheer to the eurozone. The real reasons why eurozone members haven’t embraced deeper integration lie closer to home, as do continued threats to the euro’s survival. Meanwhile, Brexit will offer little protection to the U.K. economy if the eurozone breaks up. Research by Zsolt Darvas and György Szapáry suggests that Britain’s business cycle is more closely aligned with the eurozone than is the case for some eurozone members. Inside or outside the E.U, the U.K. would be heavily exposed to a European currency crisis. 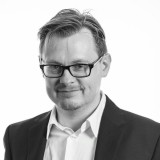