The Rise of Populism and the Italian Referendum

Populism is on the rise in Europe – whereby populism, I mean efforts by politicians to appeal directly to voters outside the normal institutions for democratic politics. For most commentators, the focus is on the populists themselves. Nigel Farage, Beppe Grillo, Geert Wilders, Heinz Christian Strache, and Marine Le Pen are the focus of most attention. But that personalised focus leaves out a key piece of the people. The question Europeans need to address is why so many voters are looking for a direct relationship. Any diagnosis has to operate on many dimensions at once. It has to explain why Europeans no longer view the European Union with permissive disinterest. It also has to address the role of political parties at all levels of European governance. And it has to set out what Europeans expect from democratic processes both in terms of representation and in terms of effectiveness.

These are not easy requirements to meet. The recent Italian constitutional referendum as an illustration. The proposal was to eliminate the country’s balanced bicameral system. In practice that would mean allowing a government to rely on a majority in the Chamber of Deputies without having to maintain a parallel majority in the Senate. The proposal also included measures to centralise authority over infrastructure projects so that regional authorities could not delay (or try to benefit from) money spent on public works. And it included measures to restrict the ability of the government to pass legislation by decree rather than going through the usual parliamentary route. There were other elements in the mix as well. This illustration is not meant to be comprehensive. The point is simply to highlight that the goal of the reforms was to make Italian democratic government ‘more effective’ at taking difficult decisions even if that meant making it ‘less representative’. Moreover, this constitutional reform would take place in coincidence with an electoral law that would ensure the largest political party has a workable majority in the Chamber of Deputies. In other words, Italy would move toward a more majoritarian and less proportional system.

The argument of the Renzi government unfolded across all three levels of analysis. At the European level, Renzi promised that the result would be a more effective voice for Italy’s national interest. Rather than regarding the European Union as an external constraint (or vincolo esterno) on an unruly domestic Italian politics, Italy would play a leading role in Europe. In terms of political parties, the result should also be favourable. The combination of the new electoral law and the reform of the legislative institutions would strengthen the larger parties at the expense of the smaller ones. It would also enhance party discipline. This would ensure that people did not waste their votes and that politicians did not change allegiance as easily once the ballots have been cast. Finally, the new arrangement would strengthen the ability of the Italian state to reform the country’s economic and social institutions. This should result in higher employment and productivity growth. For a country with a rapidly ageing population, both aspects are important.

The levels of governance

During the referendum campaign, the London-based advisory group called Macro Advisory Partners and a Trieste-based Italian polling organisation called SWG to survey the attitudes of the Italian electorate about these different lines of argument. What they found is that most Italian voters are affected by European concerns. They do not appreciate the constraints imposed by the European Union on policies related to immigration or financial sector stability. And they are unhappy with the weak voice that Italy has in Europe. That said, they are not eager to leave the European Union. They are even less eager to leave the euro. The problem is with the interaction between levels of governance and not with the overarching project. This would seem to be consistent with Renzi’s argument that a yes vote in the referendum would give him a stronger hand in Europe. Nevertheless, it is at odds with the idea that Italians view Europe with anything like permissive disinterest.

On the domestic level, the results were more ambivalent for Renzi’s line of argument. As many Italians want the state to be more open to all voices as want the state to be more capable of taking effective decisions. If pressed, they would prefer to trade off representation and effectiveness on a case-by-case basis rather than through some structural revision. Most of all, they want to be in control of the political process; at a minimum, they want the process to be subject to checks and balances. With this in mind, poll respondents worried about the potential for the constitutional reforms to concentrate power in a single individual or party without any clear possibility to correct the situation. In the end, Renzi lost because he could not offer a convincing argument for how the institutions he would deliver would be better than those in place. That does not mean, of course, that Italians are fond of what they have.

Populism and the Five Star Movement

This leaves us with the question of political parties. Post-referendum exit polling showed that the results of the contest were strongly correlated with party identification. Supporters of Beppe Grillo’s Five Star Movement were most likely to reject the reforms and to express a principled reason why the institutional changes would not meet their interests. They also had (and continue to have) a very sceptical attitude toward Europe. Renzi’s Democratic Party is the opposite. They overwhelmingly embraced the reforms, again for principled reasons, and they tend to be more in favour of Europe. Moreover, both parties touted their success. The Five Star Movement claimed it was responsible for bringing down the government and Renzi made the argument that he managed to rally roughly 40 percent of the electorate. Soon thereafter, both the Grillo’s Five Star Movement and the Renzi’s Democratic Party announced their intention to go to early elections.

The problem is that there is no consensus between the two parties on how to structure an electoral contest. The President of the Republic, Sergio Mattarella, has made it clear that he will not dissolve parliament unless there is some symmetry in how the two chambers are elected. The current legal framework was created to serve a constitutional reform that never took place. Only an act of parliament to pass a new electoral law can rectify the situation. So long as Italians remain divided on how their government should function, Prime Minister Gentiloni will find it challenging to assemble the necessary majority in the Senate. To do so, he will need to strike a balance that is broadly acceptable between proportionality and majority control – or, more generally, between representativeness and effectiveness. This is the same area of ambivalence that spoiled Renzi’s referendum campaign. It is likely to spoil Gentiloni’s post-referendum government as well. And this turmoil in Italy may create problems for the whole of Europe.

Feature photo by Ewan Topping [CC BY 2.0], via Flickr. 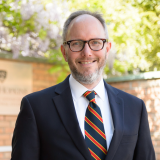 Erik Jones is Director of European and Eurasian Studies and Professor of European Studies and International Political Economy at the Johns Hopkins University. In addition to that, he is also Senior Research Fellow at Nuffield College, University of Oxford. Furthermore, he is a frequent commentator on European politics and his contributions have been published in the Financial Times, New York Times, USA Today, and other publications across Europe.