To Nudge or Not to Nudge: The Ethical Debate Within Behavioural Economics

The shift away from neoclassical microeconomics to behavioural economics is rapidly changing the ways in which we all think. From helping us stick to our diets and recycle more often, to increasing worldwide organ donations and vaccination rates, nudging has great utility across a great number of sectors from personal to public domains. However, ‘with great power comes great responsibility’. The ethical implications of attempting to change behaviour on a large scale need to be considered before they are enacted. Inappropriate uses of when, how, and what to nudge is causing public concern, which may limit the potential of these techniques even when applied correctly and in good faith. Going forward, a collaborative effort between academics and practitioners is vital to ensure nudges are both ethical and successful.

A Match Made in Heaven

For decades theories pushed by neoclassical economics have resided atop an impervious pedestal, highly regarded by economists and business moguls alike. Whilst some empirical evidence supports various theories, two key assumptions made regarding microeconomic human behaviour quickly crumble under scrutiny. These are as follows; (1) Humans are rational actors, and (2) Humans always maximize utility.

The downfall of these assumptions goes hand-in-hand, with little coherence between behaviour in theory and behaviour in reality. This is where behavioural economics takes centre stage; a marriage between psychology, economics, and decision-making sciences. According to neoclassical economics, as ‘rational actors’ we should always maximize our utility, objectively evaluating all available options and choosing the one that brings us the highest satisfaction. In practice, however, we conduct rather imperfect cost-benefit analyses.

When making decisions we have two different systems for processing available information. System 1 is fast, automatic and highly susceptible to influence through environmental stimuli. This quick style of decision-making is guided by heuristics or common mental shortcuts. On the other hand, is System 2. A slow and deliberative process, akin to a cold and calculated, Terminator-style of decision-making posited by neoclassical economics. When complex situations arise we become overwhelmed and resort to using processes within System 1, more often than not resulting in ‘imperfect’ or ‘irrational’ decisions.

Behavioural economists refer to this familiar dilemma as having ‘bounded rationality’. In other words, we are predictably irrational, which greatly suggests the importance of bringing psychology into studying microeconomics. In the words of Dan Ariely, a world-renowned economist…

“Wouldn’t economics make a lot more sense if it were based on how people actually behave, instead of how they should behave?”

What’s in a Nudge?

This assimilation of psychology within economic models has greatly enhanced their predictive power. If human behaviour can be predicted across vastly different circumstances, then particular situations can be designed to facilitate certain behaviours. This theoretical realisation led to the emergence of ‘nudging’ as a staple within behavioural economics. Nudging aims to construct individuals’ immediate environments to guide and direct their behaviour in predictable directions without explicitly banning alternative options or providing significant financial incentives.

Nudging was initially applied to designing government public policy interventions. From reducing smoking to increasing recycling the evidential success for nudging is very strong. Rumours of such progress have permeated a range of disciplines spanning various sectors. From NGO’s and charities to large multi-national corporations, everyone wants to influence the behaviour and decision-making processes of particular groups of individuals.

For instance, one of the most commonly cited and earliest examples of nudging comes from the men’s bathrooms in Amsterdam’s Schiphol Airport. An etching of a black housefly was placed in the centre of each urinal. This simple change enhanced users’ aim and reduced ‘spillage’ by around 80%. Another highly cited example of nudging aimed to decrease queues for lifts in an office building by increasing the number of employees taking the stairs. Painting a simple red stripe on the floor leading from the door and up the stairs significantly increased stair use by over 20%. Both examples demonstrate the considerable impact small changes within our environments can have on our behaviour without us even knowing it.

Generally speaking, most of our behaviour occurs outside of our conscious awareness, which is why nudging is so successful. News articles and blogs with titles like, ‘Behavioural economics may sound dry — but it can change your life’, and ‘Defending moral autonomy against an army of nudgers’, demonstrate the vastly mixed public opinions regarding the ethics behind using nudges. These strong opinions most likely originate from concerns regarding free will and autonomy. However, when applied appropriately, nudges do not inhibit this.

Richard Thaler and Cass Sunstein, the authors of ‘Nudge’, outlined a concept called ‘libertarian paternalism’, which is essential for successful and ethical nudging. This posits that even when stimuli within the environment may make particular choices more likely, nothing is forcing individuals to make those choices. They have complete autonomy over their own actions. In their own words…

“It tries to influence choices in a way that will make choosers better off, as judged by themselves… whilst preserving the freedom of choice.”

Should we always nudge?

A multitude of successful nudging examples exist as using such techniques for behavioural change are usually simple, cheap, and easy to implement with little cost if they do not produce the desired outcome. Take the queue length example for instance. Installing extra lifts would come at a much higher cost than painting a red stripe on the floor, particularly if they did not decrease queue length.

Low cost and vast applicability mean nudging has become somewhat en-vogue, which depending on the applications may raise some eyebrows. Often the same nudge, when used in different ways for different purposes, can have drastically different outcomes. Take the use of ‘defaults’. A default choice is an option that an individual selects if they do nothing. Research has consistently shown that people rarely change their choice from the pre-selected option, which has clear implications for guiding behaviour. This technique has been applied to increasing organ donation opt-ins. When the default option was ‘Yes, I will become an organ donor’ 82% of participants opted-in, compared to only 42% of individuals when ‘No, I will not become an organ donor’ was pre-selected. However, defaults are also frequently used to increase profit for various products. Think about when you buy an online service subscription or book a flight. The more expensive options are almost always pre-selected, which unsurprisingly significantly increases profits.

Can we avoid nudging?

Clearly not all applications of nudging are appropriate and some argue that they can be rather unethical. However, Cass Sunstein also suggests that failing to nudge may be unethical in particular circumstances. First of all, nudging is an inevitable fact of life. All environments are designed to elicit certain behaviours to some degree. For instance, the placement of zebra crossings, the colours of recycling bins, the lighting in changing rooms, and the size of plates at all-you-can-eat buffets are all designed to elicit some type of behaviour. Everywhere you look your surrounding environment has been designed in some way to make sure everything runs smoothly by guiding behaviour.

Keeping this in mind, there are plenty of alternative ways in which the environment was not designed. Choosing many of these options may decrease certain behaviours and increase others. For instance, if recycling bins were black rather than green, recycling behaviours are shown to decrease, which is obviously not beneficial for anyone. Furthermore, coming back to the example of organ donations and defaults, there is often a shortage of organs in countries in which there is no default option or when the default option is opting out of becoming a donor. It can be argued therefore that the absence of purposeful nudging in certain circumstances may be unethical.

As with most things, there are two sides of the coin. If it sounds too good to be true, it probably is… but not always if considered carefully. Rather than the current retrospective approach taken to behaviour change and choice architecture, ethical implications should be one of the first aspects of nudging to be considered. Guidelines for appropriate, successful, and ethical nudging should be developed as a framework for practitioners to decrease dubious applications of nudging. There are three essentials that Richard Thaler proposed for each nudge to encourage this and keep those doing the nudging on track.

As food for thought, think of all the ways in which you might be nudged every day and whether you would prefer if these aspects of your environment were present or not. Maybe you can introduce nudges into your everyday life to encourage yourself to stop smoking, or go to the gym more? You never know where nudging will take you. 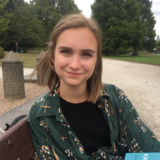 I'm Hayley, a masters student in Economic Psychology at the London School of Economics. I have a strong background in behavioural economics and psychology. I've written blogs and reports on numerous topics spanning neuroimaging, mental health and behavioural economics in insurance and I love doing so.