Medical Utopia: What Are Our Aspirations for Medical Research?

One of my favourite recent novels has been Don DeLillo’s Zero K, recently reissued in paperback. DeLillo’s novels are always about death, one way or another, and about how death, or rather the fear and fascination of death, shapes our culture. In this novel the protagonist’s estranged father, a tech billionaire, is obsessed with the possibility of cryogenic freezing of his wife, who is dying of a currently untreatable illness, and of himself, who wants to be able to live on with her, once science has found ways to cure her illness and reanimate her from freezing. One way to read this book is as classical science fiction – there’s a radical technological innovation, and then we think through its implications via a plot with characters and their reactions to it. But it can also be read as a commentary on the present aspirations of Western society. Actually, existing billionaires are fascinated by medical research, the thought of making death optional, and treating mortality itself as a problem with a technical fix. One example of this is PayPal co-founder Peter Thiel, who sees life extension technologies as the ultimate disruptive innovation.

It is possible to look at a whole range of medical research technologies in this dual way. On the one hand, we have practical problems requiring practical solutions, and there is nothing, in principle, different between seeking to cure cancer or Parkinson’s disease and trying to reverse the ordinary processes of senescence. On the other hand, we have an almost Messianic vision, which treats death and ageing as fundamental flaws in human nature itself, which can and should be overcome. Thinking about these as medical research Utopianisms is, I think, a very fertile way to diagnose trends in our culture. There are a number of thoughts here: first, that we can probe why it is, at a time when thinking in a Utopian way about society itself has fallen so far out of fashion, thinking in a Utopian way about the individual human body is coming centre stage. Second, the question arises: what do these people actually want? It’s not just that they want not to die (and why not?). It’s that there must be some kind of social imagination in play – what would a society be like in which death is optional? Who then would die, how, and why? How would life extension be distributed throughout society and on what basis? One tempting thought is that the deferral of death is not merely the overcoming of “bugs in the programme” so much as either highly exaggerated fear of mortality or highly exaggerated belief in one’s own importance. It would be really bad news for the world to be deprived of me… so it shall have me forever! Or perhaps it is something else. Third, what is closed off by these Utopian strategies? What do we lose by pursuing them? What choices are made and at what cost?

Just as we can think about these questions in relationship to Death, other medical research visionaries are looking at love and sexuality, at intelligence, at athletic performance, and at more or less any other aspect of human life, and asking questions about how they can be improved or overcome, and about how we might either improve or transcend humanity as such – transhumanism or posthumanism. And while much of this might seem remote from the ordinary practice of medicine, I think it is possible to see these as tendencies which are inherent in medicine, just rendered hyperbolic. It’s not a question, for these thinkers, of the old saw “Be reasonable: demand the impossible”. It is a refusal of the concept of impossibility itself. For me what makes this interesting is not whether these things actually are impossible, or speculation about possible futures in which they come to pass. Rather, I’m interested in the ways in which such speculations are used to make arguments about what we should do now, what is wrong with the world now, and how we should make decisions or be empowered now. Utopian visions are always at one and the same time wishes for better futures and satires on the present. Some of the tech visionaries out there are beyond satire; or self-satirising. Let’s take that seriously. 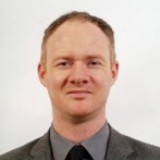 Richard Ashcroft is Professor of Bioethics at Queen Mary University of London. In addition to that, he has been the Deputy Editor of the Journal of Medical Ethics and has served on the editorial boards of a number of other journals, including Bioethics and Developing World Bioethics.