About 25 years ago I received what I regarded as excellent advice in an interview training session. I enthusiastically followed it for a long time, until anxiety set in. This is what I was told. For all their preparation, discussion of criteria, grids, scoring charts and other paraphernalia, job interview panels are, fundamentally, only interested in three questions: can they do the job?; will they do the job?; and will they fit in?

The first of these is obvious enough, and the second important but sometimes neglected. If the person is over-qualified or wants the job just for their ‘career curve’ then it may not work out so well. The third also seemed to me an important insight. If they won’t fit in, then there is trouble in store. Can you imagine them in the workplace, joining in the office jokes, talking about the same films and TV programmes, and socialising with the rest of us? If not, then they should look elsewhere for a job.

The ‘Fit in’ Test

And this is the problem. The ‘fit in’ criteria encourages interview panels to appoint in their own image. It makes their decision easier, as some candidates will fail this demanding test, and it is more comfortable and relaxed all round. But what does it mean in practice? An interview panel dominated by confident white men is much more likely to appoint a confident white man, and also feel that they have made the right decision. Of course, there is no reason why a female or minority candidate couldn’t pass the ‘fit in’ test, but the odds are against.

We all know about direct discrimination. No panel would dream of having a discussion about whether to reject a candidate purely on the basis of skin colour or religion. But indirect discrimination works in subtle and insidious ways. Because its mechanisms lie beneath the surface effort is needed to detect and even more to oppose. The cases we know the best concern indirect discrimination on the basis of gender. If the senior management team meets at 8.00 am, no wonder women with young children are less likely to apply for senior management positions. Of course, some will. They may have a supportive partner or paid help. The fact that some women with children take these jobs shows that it is possible. And it is easy to say that the problem lies in traditional assumptions about the domestic division of labour, rather than the time of the meeting. Hence there is a get out.  We can argue back and forth about where the problem lies. Or we could just change the standard meeting time.

The first sign of indirect discrimination is in the data. Universities are convinced that they do everything they can to encourage minority applicants. Yet the data apparently shows that equally qualified black candidates receive fewer offers than white candidates. How on earth does that happen? I don’t know the answer but I suspect that UCAS personal statements have cultural clues that key into prejudices masquerading as “standards”. (I’ve written about students’ use of language elsewhere).

Indirect discrimination is almost always an unintended consequence of practices which were chosen for what seemed like a good reason. Unintended consequences can be bad, but they are also sometimes good, in which case we pretend they were intended all along. In the case of indirect discrimination, though, the consequences are likely to have been good for some and bad for others. If they were bad for those with the power to make changes, then, no doubt, changes would be made. But if they favour those in power but are detrimental to others, then there is every chance that they won’t even be noticed. And if they are pointed out, a shrug of the shoulders and a sardonic, ‘that’s sad, but it’s just the way the world works’ is the likely response.

But those in power often are able to make changes, at least if they coordinate their actions with others. They can lack the will and incentive because the system as it is suits them rather well. If only people like me can get a certain type of job, that improves my chances of success and promotion, or a job elsewhere if I want to move on. Indirect discrimination can come into being and reproduces itself through a type of evolutionary process. Practices, as we saw, often have unintended consequences. When those consequences are detrimental to those with power, changes will be made. When they are to the advantage of those in power, but to the disadvantage of others, then they will be left as they are. Hence, over time, practices adopted for other purposes will be selected for in part on the basis of how much they reinforce privilege. No one intends this or even realises it is going on, but it is a type of natural evolutionary drift.

If we really believe in equality of opportunity then we need a thorough-going investigation of the ways in which what we do preserves an unjust status quo. For example, we have to stop asking ‘will they fit in’ and accept that appointing the best person for the job can bring with it a change of culture. And given the cultures that often have grown up, that can only be a welcome development. 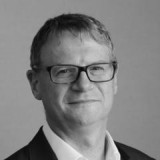 Jonathan Wolff is Blavatnik professor of public policy at the Blavatnik School of Government, University of Oxford. He is a political philosopher who works on questions of equality, disadvantage and social justice. His work in recent years has also turned to applied topics such as public safety, disability, gambling, and the regulation of recreational drugs.