Can a Freethinker Believe in God?

The post-doctoral researcher, who first worked with me as a new-minted junior lecturer, came from Moscow. A theoretical physicist trained in the excellent school of polymer physics at MGU, Tanya was a fearsomely good mathematician and wielded theoretical statistical mechanics with a distinctly Russian flavour. That was scientifically useful – two complementary approaches to a problem are always more powerful than one. We compared other notes too – about our education and our very different experiences growing up in 60s/70s London or Moscow. I was interested and somewhat amused when the topic of teenage rebellion came up. Schooled with a stream of materialist atheism and Soviet cultural history by day – Tanya and her breakaway 16-year-old friends would head off to underground churches by night. Context makes a big difference.

I’m not offering teenage contrariness as an example of ‘freethinking’, but the roots of the freethinking movement also constitute a deliberate departure from a received norm, albeit a more grown-up one. The example of those wicked teen rebels chanting psalms by candle-light might serve to remind us that the expression of freedom is defined by its context, and by its act, not by a foreordained place of arrival.

For any act, including acts of thinking, to be free requires a lack of constraint. The more constraints imposed on a world of thought, the less free will that mind has to explore, create, to think radically. The analogy here is with the sciences of mechanics, or of thermodynamics. For each constraint imposed on a system, there is one fewer ‘degree of freedom’. So my first approach to the question in this article’s title is to explore this physical metaphor of freedom and constraint. According to the Freedom from Religion Foundation (quoted to me by an atheist friend who had been confused that The Freethink Tank had interviewed me and invited this contribution):

‘No one can be a freethinker who demands conformity to a bible, creed, or messiah. To the freethinker, revelation and faith are invalid, and orthodoxy is no guarantee of truth.’

True enough – a freethinker cherishes freedom in others as much as in herself, and will not make ‘demands’ of conformity on the thought of others. But when the mandatory tone is removed, the Foundation’s statement begins to look like a constraint. The a priori demand that thinking through a world-view should rule out belief in God, constitutes a constraint, a mental removal of a cogitative degree of freedom. More constraints imply fewer degrees of freedom, so imposing a non-theist constraint to thinking achieves the same as any constraint – it makes it less free, not more. The philosopher Bertrand Russell knew that freethinkers do not impose the constraints of conclusions at the outset of their thinking; he insists that freedom of thought is a process, not an end:

I could finish here in a flourish of unanswerable logic, but suspect that would be less than satisfactory. Much of the remainder of his 1944 essay The Value of Free Thought is spent pointing out examples of cruelties and enormities of religious power structures, in which he is largely correct, and rehearsing the supposed age-old conflicts between religion and science, in which he is largely mistaken. Russell insists that a theistic stance must be shackling to thought, preserving of harmful prejudice and inimical to the creation of the new. For him, all religion is backward-looking in a world that needs to reach out with hope to the future. He implies that although theism is possible for a freethinker in principle, it ought to be ruled out in practice. I suspect he speaks for most readers at this point, so we need to go a little deeper than the mathematics of constraint to decide whether in practice a freethinker might ever arrive at a belief in God.

Staying with Russell’s great bête noire of Christianity, we might explore the degree to which its worldview shackles or serves freedom of thought. And since the ‘medieval’ church has received more censure in this regard than most ages, let us read from Adelard of Bath – a remarkable 12th-century thinker. After an intellectual pilgrimage to the great Arab schools in Sicily and Asia Minor, he returns to southern England full of passion for a theologically-informed natural philosophy and writes his Questiones Naturales (or Questions on Natural Science) in about 1110. He makes an amusing and fascinating complaint in its preface: ‘… for the present generation suffers from an ingrained fault, that it thinks that nothing should be accepted which is discovered by the “moderns”. Hence it happens that, whenever I wish to publish my own discovery, I attribute it to another person saying: “Someone else said it, not I!”‘. There then follows a book of fascinatingly novel thinking about the natural world of animals, humans, the earth and sky, much of it wildly out of tune with the science of today of course (yet it includes a wonderful account of centripetal gravity on a spherical earth), but very firmly on the questing path that brought us there. Here is a very freethinker, who urges a higher value accorded to the novel ideas that freethinking produces, than he sees in the intellectual world around him. He is one of the generators of the ‘12th-century renaissance’ that galvanised new thinking across Europe and prepared the way for the rise of the experimental method up to the 16th century.

It takes energetic thinkers such as Adelard to motivate the silent partner of thought, namely the will. The great freethinkers have noticed that freedom by itself is not enough – to think into new spaces, to dare explore novel ideas and relations requires an effort, an energy, a release of the will, beyond the ordinary. The great 20th-century thinker Hannah Arendt writes extensively on Will in her magisterial The Life of The Mind. For her, to release the possibility of freedom in thinking requires first the comprehension and direction of freedom in the will. She wrestles with both secular and religious sources of constraint on the will: ‘… the trouble has always been that free will, whether understood as freedom of choice or as the freedom to start something unpredictably new – seems utterly incompatible, not just with divine Providence, but with the law of causality‘. Yet free acts of thought are possible, though much harder and rarer than we might flatter ourselves is the case. Arendt scales the philosophy of thought through Hebrew, Hellenistic and Christian frameworks in the search of a ground for freedom. In the company of Epictetus and St. Paul, of Virgil and the ancient author of the Book of Job, it is with Augustine that she finally draws to a close in the ambivalence of the birth of freedom.

I’ve briefly visited these two thinkers of such different ages, a Christian and secular Jew, not purely to include reminders of the subtle and rich history of thinking informed by theism, nor purely to rebut the accusation that theism cannot look forward to the new, in the way that both Abelard and Arendt clearly do. For they also illustrate another prior need if one is to be free-thinking – a mental scaffolding with which to explore new spaces. Freedom of movement requires footholds – freedom to explore a domain of thought is as important as freedom from impediments.

It is this sense of ‘freedom to’, rather than ‘freedom from’, in my own freethinking that led me toward Christianity rather than away from it. It was the rich legacy of ideas, its mental construction kit, that constitute a freedom to think in the categories I needed. There is, for example, more than one perspective on a core idea like divine creation – is this an ancient doctrine that we need freedom from or an energising idea that gives us freedom to think in categories of purpose, or of our own creativity? Is a belief in the resurrection a nonsense of myth and delusion that still shackles too many modern minds or the fundamental source of freedom to hope?

I am a working scientist, but I have also long wanted to conceive and communicate a human narrative for science within culture. I constantly detect that the human core of science has been at best hollowed out and at worst lost in our superficial and materialistic times. Our culture has ‘optionalised’ science in a dangerous and impoverishing way. Working through the history and pre-history of science for this project, I found the need to draw on the theological story of ends, relationships, healing, even to articulate an account of the problem. Belief and a life of thought in God ‘felt like’ it was giving me the framework to make the first foray into the cavernous space of those ideas (that ended up in my book Faith and Wisdom in Science).

Why artificially constrain our freedom to think by padlocking all that possibility away, especially as theism begins to look increasingly subversive of today’s received dogma? 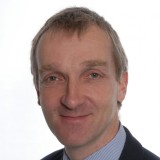 Tom McLeish is a Professor of Physics and former Pro-Vice-Chancellor for Research at Durham University. In addition to that, he has won several awards including the Weissenberg Medal and the Bingham Medal for his work on molecular rheology of polymers. Furthermore, in 2012 he was made Vice-President of Science by the Institute of Physics (IoP).