Free Speech and the Right to Challenge Ideas

In early December Accomack County in the US State of Virginia banned Mark Twain’s The Adventures of Huckleberry Finn and Harper Lee’s To Kill A Mockingbird for its school curriculum and libraries after receiving a complaint from a parent about the racist language in both books. This is not the first time Mark Twain has been banned. Indeed, Huckleberry Finn has been one of the most controversial books since its publication in 1885 for its use of the vernacular of its time that contains racist slurs, terms, and depictions.

This recent decision is consistent with the view that somehow banning published works that cause offence protects people from the harm of uncomfortable ideas. Defenders of Twain point out that he has provided an accurate portrayal of the times, and that retaining his work in the curriculum is a healthy way for children to learn about the past, and how such ideas have been challenged through dialogue and discussion. Careful curriculum design and a mature teaching style can overcome challenges from worried parents and deliver learning that will benefit children for their whole lives.

Increase in the use of censorship

The tendency to want to ban, censor, and prevent certain kinds of speech (written, spoken, and other forms) is not something confined to primary schools in the United States, but a phenomenon that has spread widely across University campuses in the US and in the UK. There has been an increase in the use of censorship, the establishment of safe spaces, and the use of trigger warnings on university campuses to ostensibly protect students, or at the very least, warn them of uncomfortable ideas.

I find this recent trend highly troubling, particularly when viewed through the long arm of history and the prism of international human rights. Generations of people have struggled against oppression and fought for their rights, where the history of citizenship rights and latterly human rights has seen positive incremental gains in the formal legal protection of a wide range of rights. Freedom of speech is one such right and is fully articulated in Article 19 of the Universal Declaration of Human Rights. The guarantee of free speech is a bulwark against tyranny, as it allows for ordinary citizens to speak out against their government, to challenge authority through discourse, and to hold leaders to account. It is one of the key elements of modern democracy that led celebrated economist Amartya Sen to claim that no democracy has ever had a famine.

These formal legal guarantees are the manifestation of centuries of struggle and a consensus achieved across the world through multiple iterations of high-level meetings with an increasing degree of inclusivity. But they are also tools for ordinary people and civil society groups to articulate their grievances, share common programmatic ideas, and produce and receive information absent of any formal restrictions; information that is vital to greater accountability and fairer governance.

There are grounds for restricting free speech, but these are very limited and must be carried out through legal and legitimate means. The 2011 General Comment 34 on the International Covenant on Civil and Political Rights sets out two main conditions where restriction of free speech is permissible: (1) ‘respect for the rights and reputations of others’ and (2) ‘protection of national security or of public order (ordre public), or of public health or morals’. Either of these two grounds for restriction of free speech, however, is subject to the further need to be consistent with the protection of other human rights and principles (e.g. non-discrimination).

As a university student in the 1980s I recall a range of incidents that tested the boundaries of free speech: the visit of Louis Farrakan to our campus at the University of Pennsylvania, the public row over arts funding for the controversial work of Andres Serrano and his work Immersion, the Texas flag-burning case (Texas v Johnson), and many others. More recently, I have been asked as a University leader to ban speakers on campus, either for political or personal identity-based reasons by groups of students offended by the ideas espoused by invited speakers. I have steadfastly refused to ban speakers, and have urged students to attend, to challenge the speakers, to use their own right to free speech to investigate, gather evidence, and question the validity of any speech act or argument being advanced by a speaker. Only by protecting the many speech acts and articulation of ideas that may offend us, do we uphold the very values that keep us free. 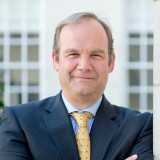