Can Having Fewer Children Help Us Combat Climate Change?

What ought we to do about climate change? Recycling our waste and saving energy by turning off the lights, etc. is a good start. However, more fundamental lifestyle choices, for example, whether to have a car, and whether to jet off on vacations, turn out to have a much larger impact on our carbon footprint. Recently, philosophers Jake Earl, Colin Hickey and Travis Rieder as well as statisticians Paul Murtaugh and Michael Schlax have pointed out that we so far have still overlooked the most important impact we have on the climate: Having children.

Here is how their argument goes: We, that is, readers in affluent societies, can expect our children to pursue plenty of activities that lead to emissions of carbon dioxide and other greenhouse gases (GHGs). They might eat beef, drive a car, and jet off on vacation. They will also create emissions that are much harder to avoid because they are the almost automatic results of living in a modern affluent society: They may have to use gas to heat their homes, commute to work, or shop in a supermarket which sources food from further afield.

The most effective thing we can do to fight climate change is to have fewer children.

Therefore the above-mentioned philosophers argue that it would be legitimate for governments to incentivise having small rather than large families. To be clear they do neither advocate one-child policies, nor other violations of people’s reproductive autonomy, nor do they say that having any children would be morally wrong. But they do think that we should shift the focus of the fight against climate change from activities such as recycling, saving energy, etc. to questions of procreation, family planning and “population engineering”, as Earl, Hickey, Rieder call it provocatively.

While this argument rightly points out a lacuna in our thinking about climate change, it mistakenly suggests that decisions such as whether to take non-essential flights are on a par with the decision to have a child. This is a potentially highly damaging interpretation, as one could then conclude that by not having children one already does so much for the climate that one is in a better position, ethically speaking, than a person who has children but lives a very carbon-saving lifestyle. So onward, double-income, no-kids couples, and enjoy your jet-setting lifestyles!

Having fewer children does nothing towards making our lives more ethical.

To be fair, the above-mentioned philosophers and statisticians do not endorse this extreme conclusion. But they do overlook that in one critical ethical respect with regard to climate change, whether we have children does not matter at all. Having fewer children does nothing towards making our lives more ethical in that respect, and in no way offsets our other emissions e.g. from taking non-essential flights to a vacation destination.

What is this ethical respect? It is the fairness, or rather unfairness, of our per-capita emissions, viewed in a global comparison. The capacity of the atmosphere to safely absorb GHGs is a scarce and over-used resource which we have to share globally. Yet the average resident of a high-income country such as the UK uses up ten times more of this resource than the average resident of a low-income country such as Bangladesh. This disproportionate use of the limited global resource is clearly unfair. This unfairness of the distribution of emissions is an independent ethical concern, and separate from a concern about the overly large global amount of emissions.

When we decide to reduce our personal emissions e.g. by taking public transport rather than driving, we reduce overall emissions, and we also do something about the unfair distribution of emissions and move closer to our fair share in a sustainable level of global GHG emissions. Whether we do or do not have a possible child, by contrast, has no such effect:  If I have a child who will be an average emitter in a high-income country, then per capita emissions in the UK remain constant: Granted, we, the UK population, emit more, but we are also one person more. Take a simple example for illustration: If you take a train with your child, the two of you take up two seats. But that does not mean that you as an individual take up an unfair and disproportionate two seats – you take up one seat, just as much as the person who travels without a child.

So it is only fair that a group of more people emit more than a group of fewer people. Thus, if I have fewer children, but keep living an average-emitting UK lifestyle, then I still act unfairly by emitting more than my fair share, just as much as the person with more children. So with regard to the fairness of carbon emissions, our priority should be to change our consumption patterns, not to wonder about whether or not to have children.

This does not mean that our procreative choices do not matter for the climate and total emissions – they do matter a great deal to overall global emissions. But it means that we should be very careful not to become complacent. Taking public transport or foregoing unnecessary flights are decisions that are categorically different from our procreative choices. We must not assume that we can simply treat these choices on a par, and think that being childless entitles us to emit more for our own consumption, or that consuming little means that we can disregard the emissions that our offspring will have.

Dr Felix Pinkert Bio – Felix is a philosopher who works on contemporary moral, political, and social philosophy. He has published papers on ethical puzzles that arise when we can make the world better only by working together. He is currently researching ethical topics concerning climate change, migration, and the labour and housing markets. He also works as Assistant Professor in the Department of Philosophy at the University of Warwick. 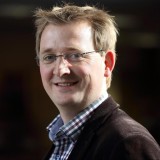 Felix is a philosopher who works on contemporary moral, political, and social philosophy. He has published papers on ethical puzzles that arise when we can make the world better only by working together. He is currently researching ethical topics concerning climate change, migration, and the labour and housing markets. He also works as Assistant Professor in the Department of Philosophy at the University of Warwick.