Give Truth a Chance: Fake News and the Post Truth World

U.S. President John Adams once declared that facts are “stubborn things; and whatever may be our wishes, our inclinations, or the dictates of our passions, they cannot alter the state of facts and evidence”. His view reflects a fairly common belief that facts are objective, independent of what you and I experience and think. This status implies that we can get the facts right or wrong — we may not experience them accurately, and we can misrepresent them in our communications. Furthermore, we believe we have some sort of obligation to get things right and to accurately represent the facts.

“Alternative facts” was introduced by Donald Trump’s counsellor, Kellyanne Conway. During a Meet the Press interview on January 22, 2017, the discussion turned to why the White House focused on the size of the inauguration. According to Conway, it wasn’t possible to accurately determine the size of the crowd. Consequently, when the disagreement over the number of people present at the inauguration initially occurred, it was, in Conway’s view, reasonable to refer to one set of numbers as “alternative facts.”

“Fake news,” is a phrase Donald Trump first used during his first press conference as U.S. President-elect on January 12, 2017. Prior to that, he tweeted on January 11 that “FAKE NEWS” organizations were at Trump Tower. The phase seems to be enlisted as a term equivalent to “bad reporting,” “false reporting,” “misleading reporting,” and, less charitably, ‘things people say that I don’t like.’ It also earned Macquarie Dictionary’s “Word of the Year” title for 2016.

Not to be outdone by “fake news,” “post truth” was Oxford Dictionaries’ 2016 international word of the year. It was typically trotted out by those critical of Donald Trump’s superficial and apparently self-serving relationship with the truth. According to a BBC story, its usage increased 2,000% from 2015 to 2016.

All three of these phrases apparently share the assumption of a standard, but the ultimately nebulous definition of truth: it is objective and verifiable. It would seem, then, given most of what is claimed to be “fake” versus “true” news, there should be little trouble determining which is which. Consider a recent and thankfully apolitical story about an archaeological find that casts doubt on the prevailing views that human beings descended from a single area in east Africa around 195,000 years ago. Scientists found fossils in Morocco that date the emergence of modern humans 300,000 years ago. There are methods whereby scientists can comfortably claim that their new findings are correct or not. This is rather different from, say, those stories about extra terrestrials building the Mayan pyramids.

Our current conception of truth is even less controversial in mathematics, where we tend to accept truth as guaranteed. Perhaps only a diehard conspiracy theorist who specializes in numerology would claim that 2 + 2 = 17. That likely has something to do with the nature of the reasoning that generates mathematical claims. First, the reasoning follows explicit rules. In arithmetic, for example, we use addition, subtraction, multiplication, and division. We can discern when things go wrong and correct accordingly. Second, the reasoning forms a conceptual chain that is intellectually apparent. So, if we have the following problem, we can reason with certainty to the conclusion: 2(3 + 12) = x. The order of operations tells us to add 3 to 12. That gives us 15, which is the first calculation certainty. The second part involves multiplying 15 by 2. That yields 30. There are two inferences, the last of which is the answer.

So, what are we to make of claims and counter-claims of falsity and fake news? By what standard do we determine which is true? Surely it matters to us since we get rather piqued when we think we’re right and the other person is wrong. One way toward an answer is to think about what we’re talking about when we talk about truth.

How Philosophers Think About Truth

For centuries, philosophers have theorized about the nature of truth. They ask questions like, ‘What is the relation between truth and the world?’ ‘Can moral statements be true when there don’t seem to be any moral facts such statements are meant to represent?’ ‘Is truth a property of linguistic entities?’

If we can understand some of the most commonly accepted, albeit imperfect, theories of truth, we may yet escape a post-truth world filled with alternative facts and fake news. There are considerably more theories, and nuances between and among them, than presented here, but we should get a solid start on a conceptual framework to carry us forward.

Unfortunately, things aren’t quite so straightforward. For one thing, we don’t get a clear understanding of what this relation is. How, exactly, do propositions map onto the world? Are they like a name for facts or something else? Not only that, but it’s not entirely clear what the nature of a fact is, what philosophers call its ontological status. How, for example, are we to understand the fact of a negative proposition such as, “The Mayan pyramids aren’t the result of alien construction”?

If we widen our view from individual assertions of our beliefs to consider the networks of the beliefs themselves, we’re in the territory of a coherence theory of truth. That’s because this sort of theory reflects the way we fit new beliefs into our existing system; truth is, properly speaking, the whole of our beliefs. Consider the previous claims about the Mayan pyramids being erected by aliens. The trouble with this claim is that it doesn’t hang together with other beliefs we have about the Mayan civilization. Just as importantly, experts on the Mayan civilization roundly reject the claim. So, a coherence theorist will say that a proposition is true if, and only if, it coheres with X, where X is a systematic host of other, relevant beliefs.

One difficulty with a coherence theory of truth is that it does not account for propositions that we would say are false, despite the fact that it coheres with other propositions. For example, quite a few people continuously asserted that the 44th President of the United States, Barack Obama, was not born in the U.S. Presumably, these people genuinely believed their claim, and it hung together with other claims they believed. If we want to say that they’re wrong, presumably we need a criterion that is independent of their existing beliefs about President Obama, but also one they can accept.

The American pragmatists developed theories of truth that focus on usefulness, workability, and the scientific method. The practical consequences of a claim determine its truth. While this view is particularly attractive to the scientifically minded, it does not help with those who may be less so. Take, for example, the person who claims the people adore him. If this person is in a position to make displays of affection happen — say a dictator whose people weep in joy at the sight of their dear leader — there isn’t be anything to suggest he’s wrong.

Why Should We Care About Truth, If We Don’t Really Know What It Is?

Multiple theories of truth might make one feel as if there’s no hope of finding the right answer. Accepting one theory means accepting its flaws. What, then, has been achieved?

Genuine efforts to make progress are no small thing. They involve careful analysis and a willingness to amend a view or line of reasoning that doesn’t seem like its heading in the right direction. Contrast that approach with those that have no interest in truth, full stop. The Internet has established itself as the most awesome information network yet devised. This means there will be plenty of unintentional misuses and intentional abuse, from sharing dubious stories to peddling conspiracy theories. It is up to each of us to work carefully from mere information to truth. Fortunately, some good philosophy is here to help. 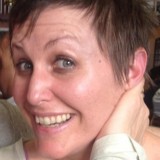