Sometimes you wake up in the morning and you just feel terrible. Have you ever wondered why that is? Well, now we are one step closer to knowing the answer. A bad night’s sleep has been proven to mess with your memory connections, which means that when you wake up the following day, your brain is still jammed full of yesterday’s events.

Nissen and his team found that the people who were subjected to a disturbed night performed far worse in a selection of memory tests. In addition to this, their brains were also shown to have a far higher level of theta brain waves. This increase in theta waves above the baseline is a signifier that strong connections between the neurones still exist.

Throughout the day as we experience life, our brains start to store these events as memories. As we build more and more memories over the course of the day, the connections between our neurones not only strengthen, but also increase in quantity. In Nissen’s own words he stated “The overall strength of connections between neurones increases with time awake, and eventually reaches a level of saturation after prolonged wakefulness or sleep deprivation,”

Without this synaptic downscaling, the brain loses the capacity to form novel connections.
– Christoph Nissen

Nissen’s findings prove that sleep enables us to weaken the memory connections that we’ve created throughout the day, which enables us to create new connections. Nissan states “Without this synaptic downscaling, the brain loses the capacity to form novel connections, impairing the encoding of novel memories.”

This study once again highlights the importance of sleep. Nissan believes that by having a better understanding of what happens when we sleep, we will be able to apply this knowledge in a vast range of alternative areas. For example, improving the performances of musicians, sports people and academics. In addition to this, there are also possible applications in the areas of strokes and depression.

So there we have it, a possible explanation for the mornings when you just feel inexplicably dreadful. The answer being, a highly disturbed sleep may have denied your brain the daily reset it requires for optimal functionality. 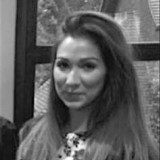