The 5 Signs You’re a Freethinker

Knowing oneself is the key to unlocking a magnificent world. People struggle endlessly to know what others are thinking, yet do they ever sit and question their own thoughts? Many religious people will tell you that they have found peace through their religious books or leaders, yet have they ever truly had the beauty of freethought? What leads one to embrace the beautiful notion of freethinking? Have you ever been unsatisfied with a story that someone has told you, or perhaps you can’t believe in a myth that is often portrayed as a real event? If so, here are the 5 signs that may help you decide that you are a freethinker.

I first learned the art of scepticism from a hero of mine, Carl Sagan. In his works, he always advised people to question everything they see, hear, and feel. Being a sceptic is different from being a cynic. A sceptic is wary of things without any evidence, whereas a cynic believes the worst without considering the evidence. How many times have you heard someone say they saw someone do something but there wasn’t anyone else nearby to vouch for it? Or someone swears that they saw a ghost etc? Why are these tales always so vague and why is something always missing, normally the main pieces of information like a photo of the ghost! How can you prove what they say is true? Well, you can’t, and asking for more proof will probably generate grumbles by the storyteller as they may be threatened by your scepticism. But don’t stop asking questions! And, if you are the one doing the questioning, you don’t have to disprove something, it is up to the storyteller to prove what they are preaching. Questioning alone can open the door to the Kingdom of Truthdom. This ability is in us all; to question without accepting the answer unless evidence proves it otherwise.

2. You Question Your Own Background

So now you have started to question everything, you may start looking into your background, culture and religion. If it’s safe to do so, ask your family about the doctrines they follow and why they do it, even going to a church or temple to ask priests or leaders about the rules and conducts. Read the religious texts for yourself and ask questions about the meanings and facts. Don’t settle for ‘it’s God’s plan’ and vague responses, as well as open answers that could apply to anyone and everyone like astrology. The stories that I was told as a child at the temple were hilarious, I questioned my family and friends and was never happy with the answers. If you start to look deeply into your own background you may find it easier to ask open questions about other religions and cultures.

3. Making Sense of Gods and Goblins

We all know that Hobbits aren’t real, no matter how much we’d like them to be! And this is a good starting point if you are trying to make sense of things in life. Let’s take this for example. I asked a friend of mine if they thought that their God was a myth like a goblin. They scoffed at the thought that goblins could even be mentioned in an everyday discussion. But goblins do fall into the same bracket as gods, as there is no proof for either one. If we go on what books about goblins tell us, they provide us with the same untestable issues as religious texts. Folklore and stories passed on through the generations offer us the same result too. You can’t have fairies, goblins, hobbits, pixies etc in a bucket of phantasmagorias, and then expect gods, ghosts and superstition to be real because you want them to be. And if you can make sense of this, you are on the pathway to Freethinkville.

A friend of mine reads the bible every day. I gave them a book on the history of the earth; they politely refused as they said they prefer to read their religious text. Not only are they limiting their skills by reading only one book, they are not learning about anything else which isn’t wise in this day and age of technology and science. It’s close to self-brainwashing, but whether its ignorance or fear of learning something other than their religious book, they are limiting their powerful computer-like brain. Also, they are not even taking the chance to read other religious texts save their own! If you love to read about science in the morning, then dinosaurs in the afternoon, finishing off with medicine and its benefits in the evening, and you appreciate the facts instead of picking and choosing a fact that agrees with your opinion, then well done you are nearly a freethinker!

5. You Think with Your Head, Not Your Heart

Opinions are located somewhere between knowledge and ignorance. If we all acted upon our opinions rather than facts, then the world would be a very scary place! Just think about it, we all have opinions which we later find out are wrong. There isn’t anything wrong with an opinion, as opinions can turn out to be great scientific discoveries. But when you hear people say ‘in my opinion, I don’t think we should be giving aid to asylum seekers’, then we have a problem as these opinions can affect society and how we treat each other. Freethinkers think logically, reasonably and rationally. Thinking with your heart can land you in trouble; just ask your young-self when you chose that girl over your mates!

If you can relate to the 5 points above, then well done, you are probably a freethinker!

Being a freethinker isn’t something that can be achieved overnight, it is a journey of self-discovery. Carl Sagan advised us to be open-minded, but not so open-minded that our brains fall out! And that is what being a freethinker is all about – being sceptical, knowing and accepting things that work like Mathematics and Science, and knowing what is best left alone in the realms of mythology, like our gods and our goblins.

How many of the 5 were you? Think we have missed one off our list? Post a comment below or send us a message on social media, we would love to hear from you. 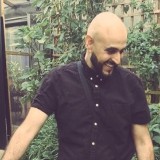